EDWARD ENNINFUL has been confirmed as the new editor of British Vogue. Condé Nast International chairman and chief executive Jonathan Newhouse announced Alexandra Shulman‘s successor this morning, calling Enninful “an influential figure in the communities of fashion, Hollywood and music which shape the cultural zeitgeist”, adding that “by virtue of his talent and experience, Edward is supremely prepared to assume the responsibility of British Vogue.”

Enninful arrives at the title from his position as fashion and creative director at W Magazine, where he has been since 2011. He will start his new role on August 1. “Edward is an exceptionally talented stylist who will no doubt bring an exciting new creative aesthetic to the magazine,” said Shulman today. “Every Vogue editor arrives with their own range of talents and experience and Edward is very known, respected and liked within the fashion industry. I look forward to finding out his plans as soon as possible and working with him over the next few months of transition so that British Vogue continues to be the leading magazine in this market.”

Ghanaian-born Enninful spent his childhood in London where, aged 16, he was model-scouted and his fashion career began. Not long afterwards, he made the acquaintance of i-D founders Trish and Terry Jones and started assisting the publication, becoming the youngest ever fashion director for an international publication when he was promoted not long after, aged 18. His career to date has seen him work for Italian Vogue, American Vogue and most recently W Magazine, as well as consult on countless high-fashion campaigns.

While the fashion industry has long recognised his talent (he was awarded the Isabella Blow Award for Fashion Creator at the 2014 British Fashion Awards, one of many plaudits), the British monarchy has also acknowledged his contribution to fashion, making him OBE – Officer of the Most Excellent Order of the British Empire – last October. “Today is one of the most special days of my life. It is wonderful to be honoured by my country while surrounded by my family and closest friends,” said Enninful, who brought close friend Naomi Campbell as his companion to the event. 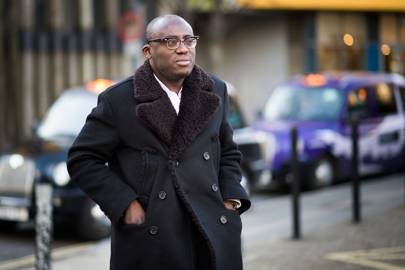 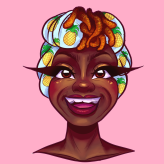 Elisabeth Makumbi is an admitted attorney in South Africa, but in her spare time is a charmingly chocolate coated part-time blogger with an interest in African literature, social entrepreneurship, and infallible fashion trends. Catch her on twitter and instagram for more awkward black girl photos and quotes.